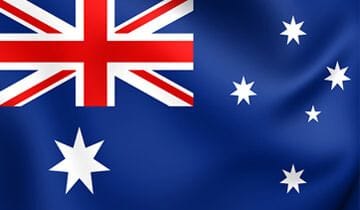 A third of the world's 196 countries currently have national flags that include religious symbols, according to a new Pew Research analysis. Of the 64 countries in this category, about half have Christian symbols (48%) and about a third include Islamic religious symbols (33%), with imagery on flags from the world's two largest religious groups appearing across several regions. The Australian, New Zealand and Fijian flags all bear the British of three Christian Saints, St George, St Andrew and St Patrick.

Max Wallace A perspective so far not considered in the Israel Folau controversy are the circumstances through which hundreds of thousands of Pacific Islanders, and those of Pacific Island descent, arrive at a point where their religious views would likely be characterised by the Australian majority that approved gay marriage, as 'bigoted'. Firstly, let us recall the views that Israel Folau expressed.

Factsheet on church and state in Australia

This factsheet on church and state in Australia puts it all in a nutshell from 1836, when an exasperated Australian Governor Bourke wished the churches would 'roll off state support like saturated leeches' to 2008 when Bishop Tom Frame said they must be weaned off state support and not rely on the secular state to discharge their 'heavenly charter'.

Australia leads the world in gambling and churches are cashing in with tax-free gambling schemes. The Pope's picture was even placed at the entrance to welcome people to the gambling room of a Catholic club. However, when philanthropist David Walsh used his winnings to found Hobart's Museum of Old New Art he faced a tax bill of $37 million. Dr Max Wallace comments on secular and religious gambling.